Get fresh music recommendations delivered to your inbox every Friday.

Nothing Escapes His Eye 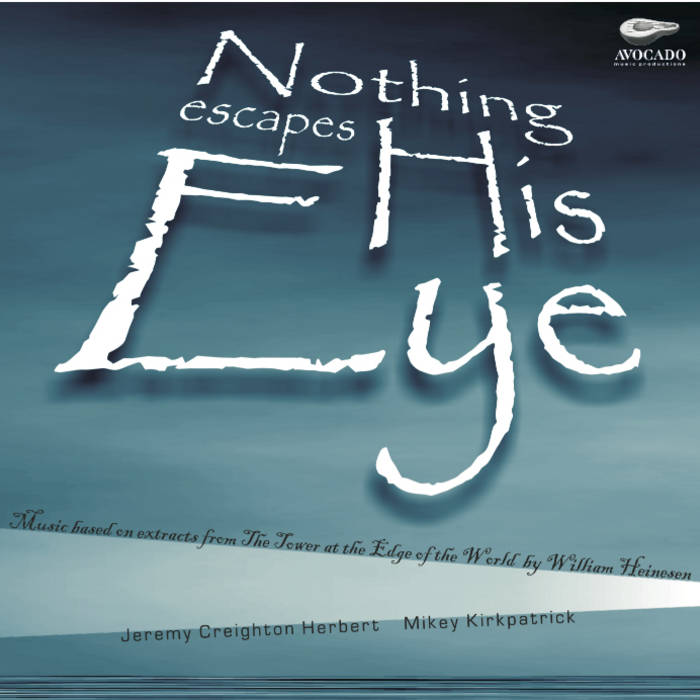 A tone poem based on a famous Faroese mosiac novel The Tower At The Edge Of The World portraying the imagination & impressions a child growing up in the rarefied beauty of a remote north atlantic island.

Nothing Escapes His Eye ~ Avocado Music Productions (aka A*M~P)
Avocado Music Productions is a small independent recording/publishing label which is based in the United Kingdom.
This is a collaboration between musicians Jeremy Creighton Herbert & Mikey Kirkpatrick (A*M~P)
Nothing Escapes His Eye is their first album & is based on extracts from the book 'The Tower At The Edge Of The World' by William Heinesen.
The music interprets the vastness of the landscape with the uncluttered imagination of a child by using sparseness of language, textures of soundscape and pure melody: added to the traditional musical instruments of voice, flutes, clarinet, piano, keyboard, guitars, tabla, djembe drum, are the recorded sounds of water, lazy summer afternoons, the accordion's bellows, raucous coughing, and an appearance by a couple of dozen raspberry fruit canes! The overall intention of Avocado Music Productions was create something dark yet wildly elemental and musically to express the qualities of beauty alongside an innocent frailty with a gentle touch of humour. The 17 tracks capture the tension, the strength, the dreams and the soul of a magical people existing between the blueness infinities of sky and water. A people that live from the resources they fish from the turbulent seas that surround their isolated north Atlantic fortress and farm from the stark mountainous land that towers above them.
Nothing Escapes His Eye is anticipated as a modern dance work with a tour planned (conditional upon funding) of the Northern Atlantic territories with performances in Denmark, Norway, The Faroes Islands, Iceland & Prince Edward Island.

Bandcamp Daily  your guide to the world of Bandcamp