Get fresh music recommendations delivered to your inbox every Friday.

here there but somewhere 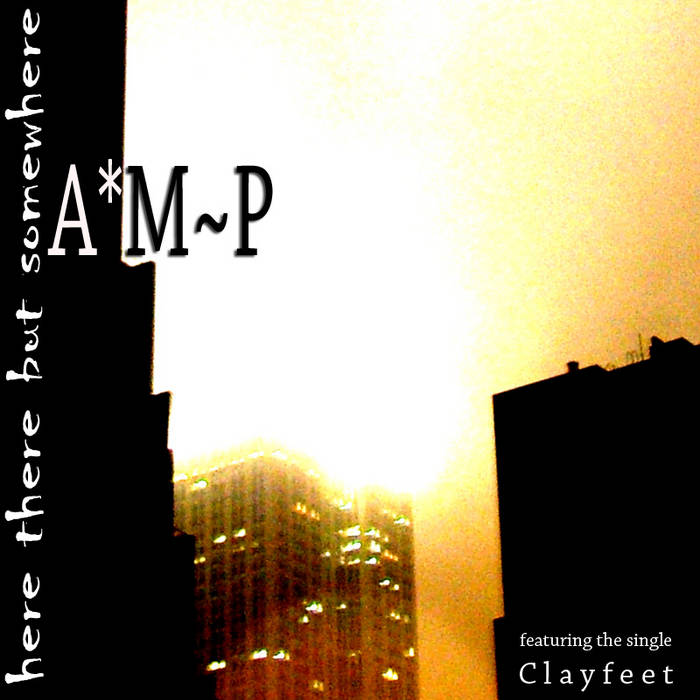 In the offing 7 journeys along 7 tracks that are nearby, A*M~P make music for the soul; sparkling sounds, danceable grooves & reality checks which they believe uplift the universal heart & nourish enthusiasm.

A Mediterranean Fiesta strikes up in the Main Plaza mid morning. There All day long the numbers swell with saints and sinners mingling together reaching out to touch an intoxicating slipway into madness. All day long you lean against the shaded café awning: transfixed. Towards evening the villagers slowly disperse into the shadows & the corners leaving the noise of celebration as balmy echoes scurrying amongst nervous (ephemeral) fireflies.

The allegorical tale of a Rose's heroic journey from a seed going through a bit of danger but receives help from a few friends along the way to become fully grown & loved!

The North Atlantic Islands of the Faroes draw you in like a magnet. In our album Nothing Escapes His Eye we felt surrounded by the blueness of the vast ocean and the vast sky. Here we are engulfed in greyness. So much greyness; enough to lose your mind. The families sing long narratives about folklore's love & survival engaged in an ageless circle dance... whilst somewhere the siren lures the school of pilots in to the cul-de-sac fjord. The last breath rushes out to merge into the offing as the shoreline reddens.

Times Square at Midnight seems almost brighter than at Midday. Here is the thrill of the Manhattan Skyline, there amongst flakes of snow you pass clouds of steam bursting out from the subway vents but walking downtown in the January night air you stray to the Hudson and from somewhere deep you catch your breath and imagine there's a God. We visitors are reduced to mumbling incomprehensibly to ourselves amidst this crackling electricity.

The blissful pastoral memory so poignantly described & imagined by Ralph Vaughan Williams' 3rd & 5th Symphonies was the brief we gave ourselves to portray the underbelly of a darkening and a menacing spectre looming within a peoples' mind-set...but a soprano wrestles for her right to retreat into an illusionary past as the present threat relentlessly expands from her sub-conscious.

There are four separate reactions to dealing with the same old story of facing up to daily decisions. Although ultimately all finish in the same way, nevertheless the experience of contentment or regret is very real. So each of these four will recount their co-incidences in all manner of variations and maybe want to justify their actions. Some are courageous, some seem futile, some unfair whilst others chance their arm hoping to discover some magic formula or some other direction to make the difference.

From every conceivable angle the heat hits you and the sheer scale of Yosemite has you gasping...awestruck! The Climbers sometimes sleeping overnight suspended on the rock face are prepared...the hikers are all prepared with hard soles, whistles and water, and the weekenders too are prepared with their useful dollars. But how can they ever be fully ready? I mean there are bears here (!)...Yet... arriving from somewhere are those first early steps and that is all that it takes!

A*M~P is studio based, alternating between Herefordshire & London in the UK. The single ClayFeet their second album HERE THERE BUT SOMEWHERE has been aired on BBC radio with comments from the programme presenter/DJ Andrew Marston: "I loved it, very creative, I want more!"

Bandcamp Daily  your guide to the world of Bandcamp